Hybrid system gets big thumbs up from Andrew 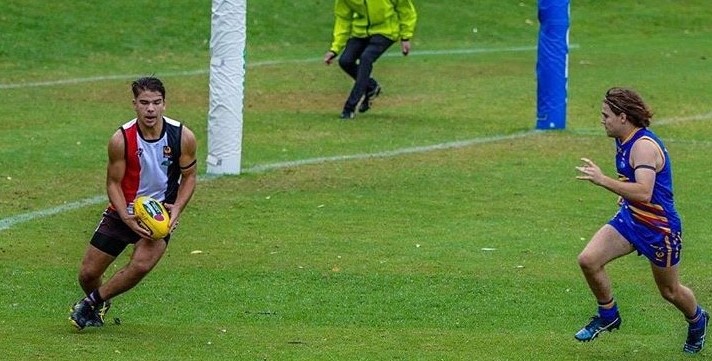 Just a small taste of the hybrid closed loop pump was all it took for Andrew Parsons to jump at the chance to be involved in a longer at-home trial of the system.

“I learnt so much about using sensors with this pump and was amazed at how well I felt when I had really good blood glucose levels so I jumped at the opportunity to use it again,” the 17-year-old said.

“I also decided to be involved in the trial because I want to show other people with diabetes how easy the closed loop makes diabetes management.”

Andrew, of Serpentine, is taking part in the multicentre Australian in-home trial of the hybrid closed-loop insulin pump system — a step towards an artificial pancreas.

The randomised control trial, which is still recruiting, involves testing a partially automated insulin delivery system to see if it is better at optimising blood glucose levels than standard therapy.

Andrew said he had been impressed with how the system helped to manage his diabetes.

“My blood glucose levels have been awesome — I have a straight line showing on my pump every night and I get really good sleep when this happens,” he said.

“I can go out knowing that if there is something wrong, the pump is going to let me know straight away. It also gives my parents peace of mind.”

Andrew said he was happy to be involved in research.

“Due to research, people with diabetes are experiencing a better quality of life,” he said.

The Hybrid Closed-Loop Outpatient Trial is funded by the Type 1 Diabetes Clinical Research Network, an innovative clinical research program led by JDRF Australia and funded by a Special Research Initiative through the Australian Research Council.