I first met David in the adolescent clinic at Princess Margaret Hospital in 2013. A wiry tall teenager, who was struggling somewhat with his blood glucose control, he turned up on his trusty push-bike, and we had something in common to talk about. It became apparent that David was a very talented rider, and it was his passion. When he wasn't at school, he was either riding, or tinkering with his bike. He told me how fast he was riding- seriously fast, and without lycra, without a training schedule, or even connection to a cycling club. I asked David to improve his control a bit, and I'd source him a cycling kit (lycra). Fast forward two years, and David has just returned from a trip to the USA where he trialled for a development pro-cycling team. This week he heard that he made this team, and will travel to Europe next year and start racing fulltime. This team  hopes to be at the Tour de France in 5 years' time. This is an inspiring story of a young man, from humble beginnings, defying the odds. I asked David some questions about how he manages type 1 diabetes and his training:

Q: Have you had issues with exercise related hypoglycaemia?

A: "I had lows… my dad was doing the same route (by car), so if I had a low I could get picked up or get help. The hardest part was trying to find a means of carrying food, lollies or jelly beans don't work too well. I now use energy gel packets, which have 25g of carbohydrate in each and I can carry 6".

Q: You were recently involved in the suspend before low trial at Princess Margaret Hospital, which meant you could use sensors. Was continuous glucose monitoring helpful?

A: "Before I had my sensor, it (my blood glucose level) was always in the back of my mind. When I got a sensor I could see how it was actually going, not just the levels but how I was trending. There is nothing to compare to how my confidence is now".

Q: What's the most challenging thing about managing diabetes and exercise?

A: "Lows are not so bad because they can be treated. Highs are the most annoying because lactic acid is your enemy and It takes longer to fix".

"I never saw diabetes as something that stopped me ever. It was just like there, and just deal with it. Life goes on. I don't see why it should stop you."

Q: What advice do you have for other young people with type 1 diabetes who are interested in exercise?

A: "Don't change who you are, follow your passion. You might think you can't do it, but make small changes each day and before you know it you will doing more than you ever thought you could".

David now has over 2000 followers on twitter and is inspiring young people with type 1 diabetes across the world. I'll see you at the Champs Elysees David! Well done 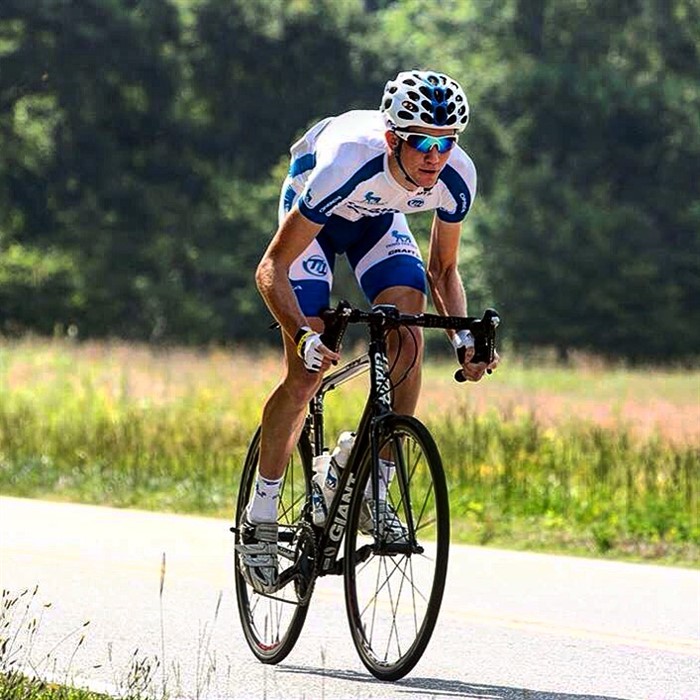 David in action while trialling for a development pro-cycling team.