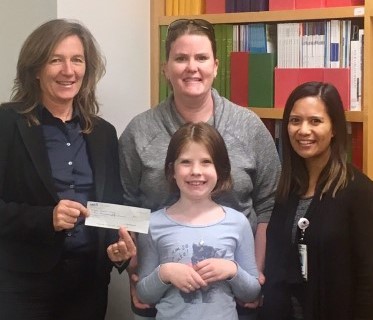 When Meghan Bunter’s nine-year-old daughter was first diagnosed with Type 1 Diabetes in 2015, she felt overwhelmed not only with Ella’s diagnosis but also by the flood of donation requests.

“We were still finding our feet with the disease but once we got our head around it, we decided we wanted to help but in a way where we could ensure all the money would go to diabetes,” she said.

That decision led to them organising an annual fundraising day at the Greenbushes Golf Club, now in its third year.

Across those three days, the Bunters — Meghan, Rodney and their daughters Brianna, Jessica and Ella — have raised $3616, all of which has gone directly to the Children’s Diabetes Centre for research.

“We wanted to ensure all the money was going into research that would directly benefit children like Ella,” Meghan said.

“Diabetes is a cause that is close to our small community’s heart as not one but two girls at Ella’s primary school, which only has 40 students, have Type 1 Diabetes.”

The Bunter’s fundraising efforts were also bolstered by an additional $5500 donation for diabetes research from a golf club member, who wanted to remain anonymous.

“The donation was totally unexpected and came as a real surprise — it was very generous,” Meghan said.

Children’s Diabetes Centre co-director Liz Davis said the money would be put to good use to find ways to improve the lives of children with Type 1 Diabetes.