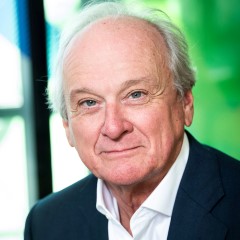 Clinical Professor Jones is the Medical Co-Director at Perth Children’s Hospital, after spending nearly 20 years as the Head of the Department of Endocrinology and Diabetes at PCH (formerly Princess Margaret Hospital). The Department cares for all children with diabetes and endocrine disorders in Western Australia, is the only paediatric service designated as a Centre of Excellence by the National Association of Diabetes Centres and has an integrated clinical and research team. He is also Clinical Professor at Telethon Kids Institute, University of Western Australia and Co-Director of the Children’s Diabetes Centre at Telethon Kids Institute.

Professor Jones received his paediatric training in Australia and in the UK, and post-doctoral training at Yale University, USA. Professor Jones has a strong clinical research interest in diabetes, in particular hypoglycaemia, insulin therapy, exercise, technology and complications. He is Co-Director of the NHMRC/JDRF-funded Centre for Research Excellence in Diabetes Translational Research aimed at improving diabetes care and outcomes for children with diabetes and their families. Professor Jones also leads a number of national trials, in particular hybrid closed loop. 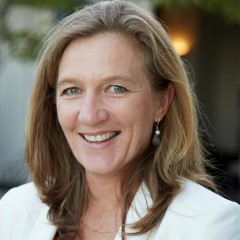 Professor Elizabeth Davis has successfully integrated a clinical and research career. She is Head of the Department of Endocrinology and Diabetes at Perth Children’s Hospital (PCH) as well as a member of the Leadership Team at Telethon Kids Institute. She is a Clinical Professor at UWA and she co-directs the Children’s Diabetes Centre, a clinical research team based at PCH and the Institute. She currently leads an NHMRC Centre of Research Excellence in Diabetes and has published more than 170 peer-reviewed papers, with over 4300 citations and an H-index of 40. She has presented at numerous national and international conferences including 55 invited speaker engagements.

Professor Davis has led many diabetes studies investigating hypoglycaemia, exercise, food, and new technology in diabetes and attracted research grant funding of over $14m. Her research has extended to type 2 diabetes in children, data linkage and epidemiology. Her work has focussed on translation to improve outcomes and has impacted on policy and practice.

Professor Davis contributed to establishing a national alliance of the peak diabetes bodies in Australia and in her past role as President of the Australasian Paediatric Endocrine Group, was the first member to represent paediatrics. She was an integral part of the successful lobby for national funding for continuous glucose monitoring. She leads the Pacific hub of SWEET, an international paediatric diabetes database with the goal of improving outcomes for children with diabetes globally. Professor Davis was invited to contribute to the International Society of Pediatric & Adolescent Diabetes (ISPAD) clinical guidelines as well as an invited member of an international collaboration (PEAK) charged with translating evidence about exercise and type 1 diabetes. Professor Davis’ advocacy contributed to the formation of the National Expert Working Group for Diabetes in Schools, of which she is an invited member. The work of this Group resulted in a $6m commitment by the Federal Government for training teachers to support children at school with type 1 diabetes. She was recently awarded the 2020 Diabetes Australia Outstanding Achievement Award.