A reminder that we've made some changes to the phone triage system for Perth Children’s Hospital’s diabetes clinic recently. 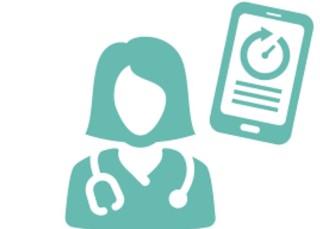 “After a review, it became clear that we were spending a lot of time doing insulin adjustments for patients over the triage line rather than dealing with those immediate, urgent enquiries such as sick-day management,” Ms Broad said.

“As a result, we have implemented a true triage system based on priority.

“The more information parents can give about the urgency or issue they are calling about, the easier it is for the triage person to redirect their call.”

Ms Broad said consistency and continuity of care were key to the new triage system.

“We’ve recognised how important it is for continuity to ensure that patients know who their team is, feel known by their team, get consistent information and that the person who has actually made the adjustment to treatment is the person who follows up to see whether it’s been successful or if further change is required,” she said.

“It’s all about equipping and upskilling families to empower them to do more with their own child’s care, recognising that parents become the specialists in their child’s care.”

Calls to the triage line are prioritised according to: